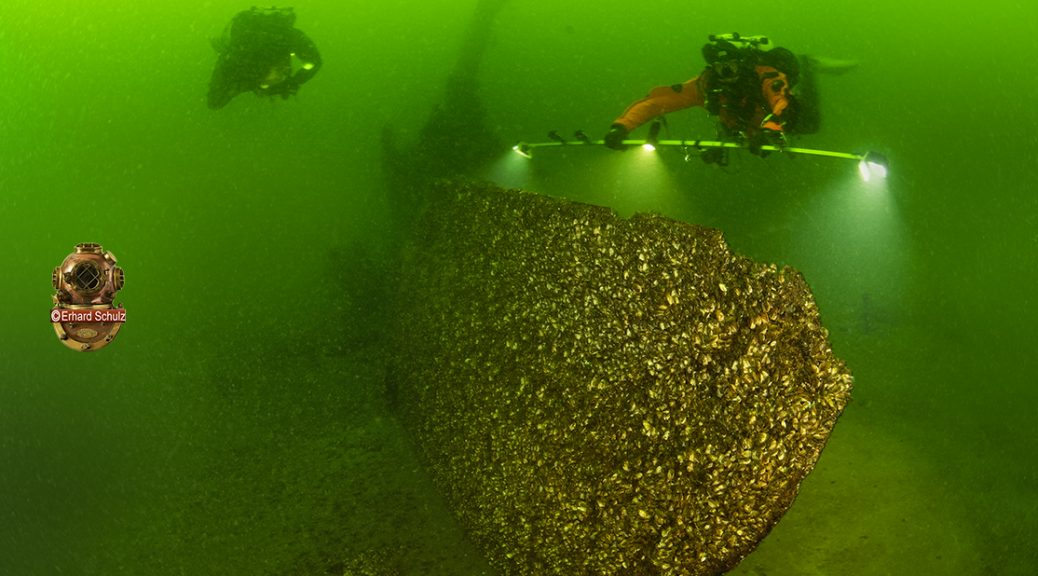 The ‘Schweriner See’ is a very old lake in the norther east of Germany. It arose in the ice age. We were invited by Kosie’s Diving Base to scan two historical objects. I dived together with Elmar Klemm and Erhardt Schulz.

The Mikojan-Gurewitsch MiG-17 was a high-subsonic fighter aircraft produced in the Soviet Union from 1952 and was operated by air forces internationally. The MIG crashed in 1954. Today the aluminum hull sticks like a dart in the 17 meter deep ground. The plane wreckage was long considered a legend before it was finally found in the nineties for the first time in a depth of 17m. A particularly rare relic of the Russian occupation in the Schwerin Outer Lake.

27m long wooden wreck of a cargo glider that sunk 1911 in the Schweriner lake. The wreck is in fantastic condition. Here you can find a survey report (in German) by Elmar Klemm about this historical wreck: Link