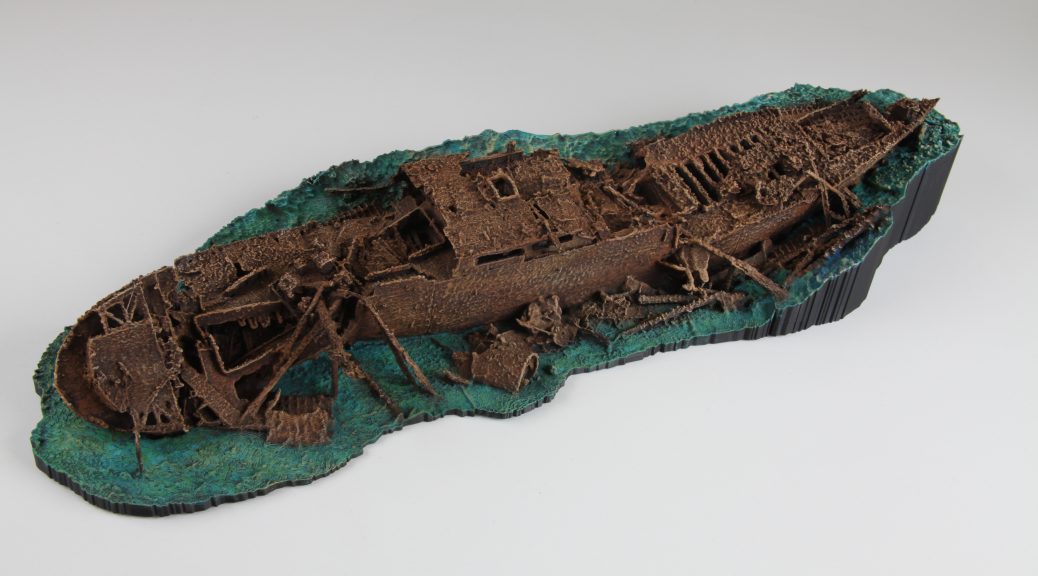 The ’tiles wreck’
One of the four famous wrecks located on Abu Nuhas Reef. The ship, was originally built in Germany under the name Dora Oldendorff. It had several owners and is sometimes also called ‘MV Marcus’. Overall length of 101 meters and a width of 15 meters. In 1981, the Chrisoula K. was en route from Italy to the Saudi Arabian port of Jeddah. On board she had loaded cheap Italian floor tiles. On her last voyage, she passed the reef of Abu Nuhas in the Red Sea on the night of August 30th. Due to a navigational error by the captain, she ran aground on the reef and sank.

She lies in a depth of between 5 and a maximum of 25 meters. The middle part was severely damaged by running aground on the reef. On some of the tiles you can still clearly see the inscription ‘Made in Italy’. My wife and I scanned the wreck on April 4th 2022.

You can find the 3D-files in my Download section.