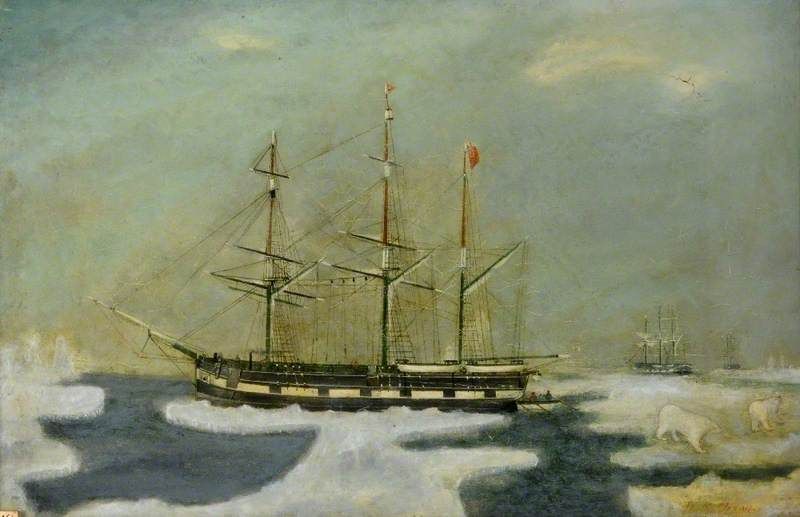 Project week of the “Baltic sea heritage and rescue project” in 2020 with the theme: “Wreck documentation and identificatiion”. Andrey Goverov and I were inspecting and measuring a wooden ship wreck close to Klaipeda in 38m water depth. We were lucky, because we found the bell with the inscription of the ship’s name. So, we could identify the wreck in one single dive. Actually that was my fastest and easiest wreck identification so far. We did 3D scanning of the bell. The bell itself remained in the original place. During research newspaper articles from Great Britain were found that confirmed that the in 1802 built ship “Warre” sunk on 12th April 1823 close to the harbor of Memel due to wind and ice conditions. The ship of size of 327 tons and a draft of 15ft was built for cargo and general purpose. In 1811 it was equipped for whale fishery in the Southern Seas. The wreck survey, position and newspaper reports leave no doubt and allow a 100% valid identification.
The wreck site and position of the bell was 3D scanned via photogrammetry by the author in 2022 and the finding and identification was not published until September 2022. The concern was that the bell wouldn’t be safe on the wreck after publishing this survey report. The wreck is quite close to the coast and sports divers could simply reach the depth of about 38m. It took two years for the permission to recover the bell to protect it.

You can find my survey report here