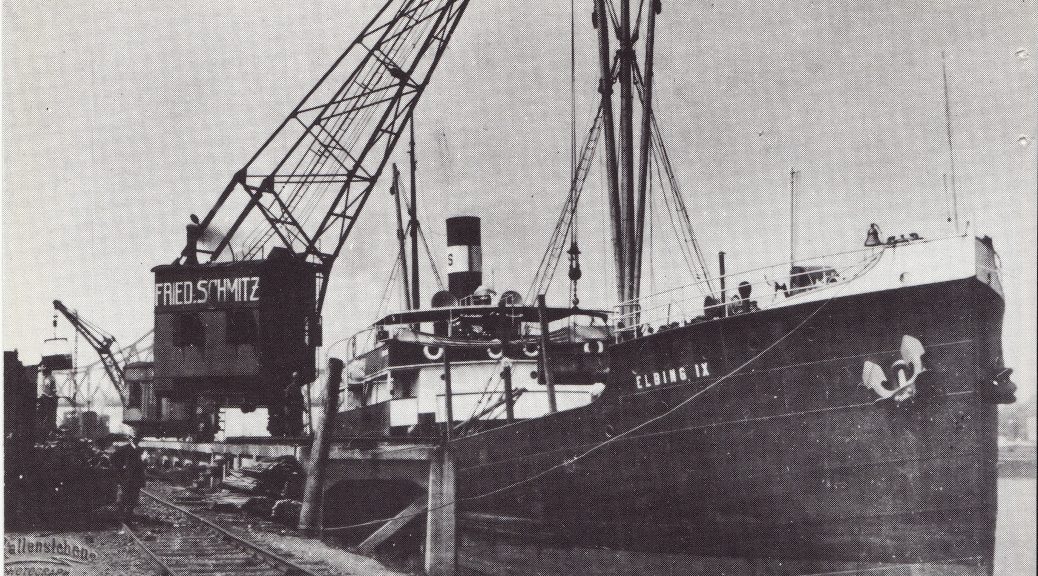 She sunk during the First World War in 1914
The Elbing 9 was on the way to rescue the shipwrecked man from the armored cruiser Friedrich Carl when it ran into a mine.
Here is the report: Deutsch und Englisch

I made a big model of the wreck for the maritime museum (muziejus.lt) in Klaipeda, Lithuania, where it will be shown in the exhibition.

The wooden steering wheel of the steamer Elbing 9.
Year of construction: 1913
Sank: 1914
Cause: mine hit (World War 1) The Elbing 9 was on the way to rescue the shipwrecked man from the armored cruiser Friedrich Carl when it ran into a mine.
Position: Lithuania – Baltic Sea Heritage Rescue Project
2600 Pictures from two Gopro7

After removing the ghost nets from the wreck, our team found the bell of the ship. It was shown in the exhibition in the Museum “Windstärke 10” in Cuxhaven, Germany. The original bell was officially recovered and is now exhibited in the maritime Museum at Klaipėda.

You can find the exhibition at the Lithuanian Sea Museum in Klaipeda: https://muziejus.lt/ – The models are located at the end of the Aquarium tour.

They made a great animation of the Elbing IX to tell her story and bring her back to life. It was unbelievable when I saw that! There were even video goggles to stand on the bridge while the ship hits the mine.

The artist Herbert Buss www.herbertbuss.de created these wonderful oil paintings (70x50cm). They are shown at the exhibition.