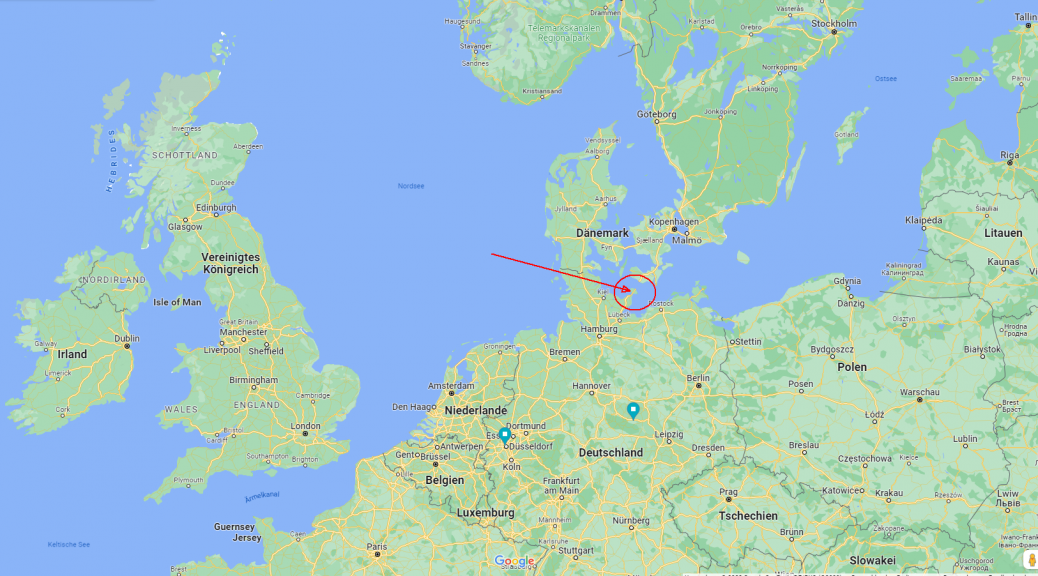 Fehmarn is an German island in the Baltic Sea and 18 kilometers south of the Danish island of Lolland.

This 30m long wooden ship was found in 2005. It took quite long until it was identified as the Lehnskov. It was built in 1943 in Denmark and sank 1944 after hitting a mine.

Midget submarine ‘Seehund’ off Fehmarn. The Seehund was a series of German midget submarines with a two-man crew from the final year of World War II.

Crazy Story:
The excavator fell unnoticed off a towed pontoon off Heiligenhafen in 1976. They were searching for it quite long, but it wasn’t found until 2001.
Length: 20m
water depth: 14m

In 2007 this sailing yacht ran aground and started leaking.