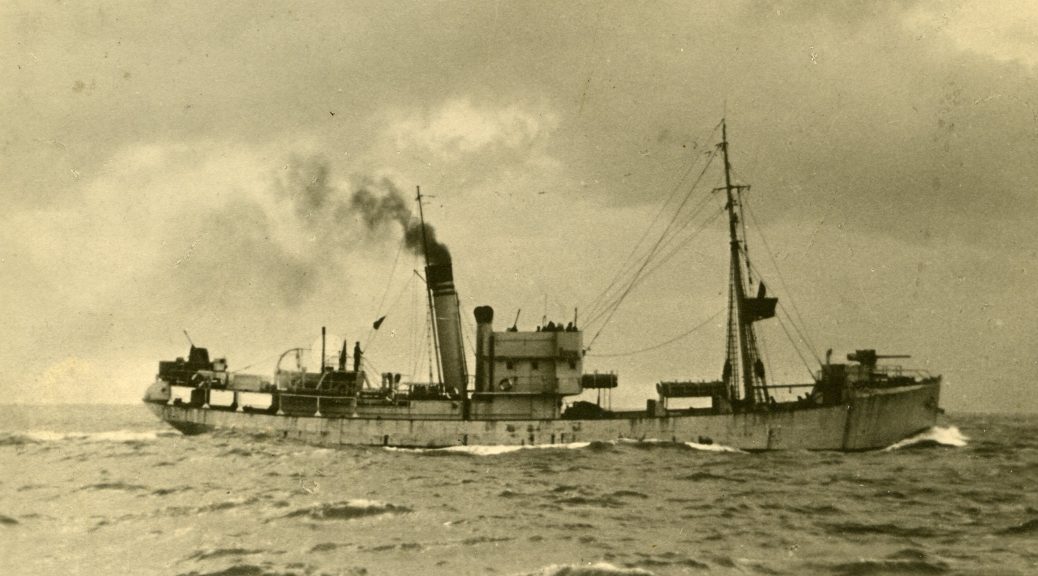 Escort vessel V810 in the North Sea.
We Gezeitentaucher examined the wreck off Norderney. The wreck consists of two parts. I managed to scan both parts in such a way that the assignment of the two parts is retained. We were able to determine for the first time that the rear part is twisted in such a way that the screw points towards the bow part.

And in the archives in Freiburg I found the war diary with a sketch of the attack:

Commander Moritzen’s report:
On July 22, 1944 at around 7:13 a.m. there was an air raid by around 12 aircraft. The attack came from the port side. They were Bristol Beaufighters, destroyers and torpedo fighters. During the first overflight, outpost boat 810, which was in front of V812, received two torpedo hits, causing this boat to sink immediately. The boat was hit by the torpedoes in three parts torn.
V810 had the following casualties: four killed, 24 missing, two seriously wounded and 13 slightly wounded.