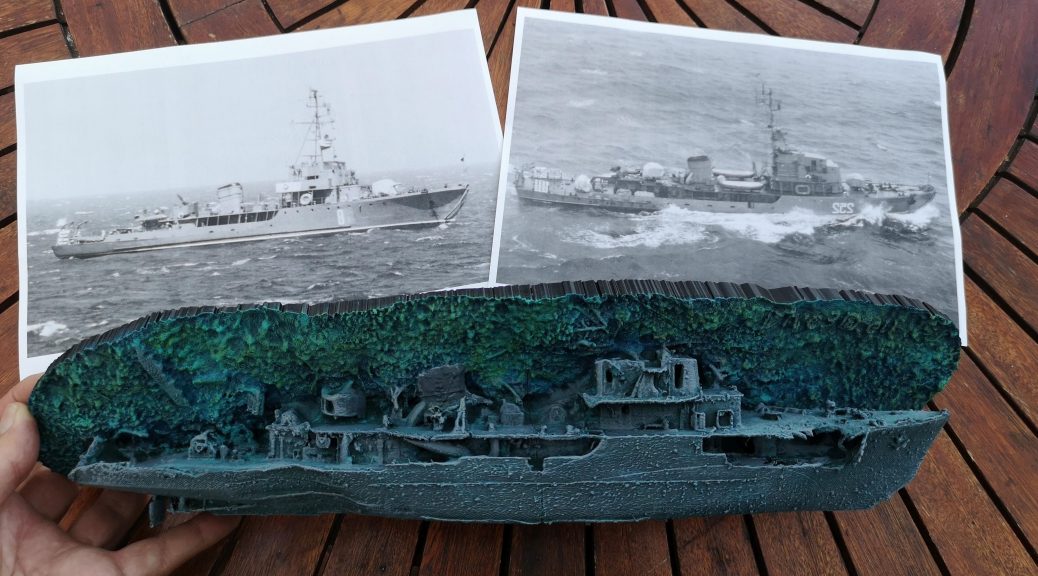 East of Hurghada’s port lies a minesweeper that has been shot down. It was sunk by Israeli warplanes in 1970. It rests on a rocky seabed that drops from 25 meters under the bow to 32 meters at the stern. The current can be strong here, but it is from the north and you can always find shelter behind the ship’s deck. The wreck is about 60 to 70 meters long. The rear part is full of winches and anti-aircraft guns. On the other hand, the cannons have disappeared from the foredeck.

The blast hole is visible on the front deck. The starboard anchor is still in place. The surrounding fuselage is riddled with bullets from the fighter planes’ machine guns. On the deck are winches and cable reels and torpedo-like demining equipment.

In the stern area you can see a strong deformation. Probably caused by bombs that detonated under water close to the ship. The correct name was Minija, but sometimes it is called El Minya and El Mina.

You can find the 3D-Files for printing in the Download Area.