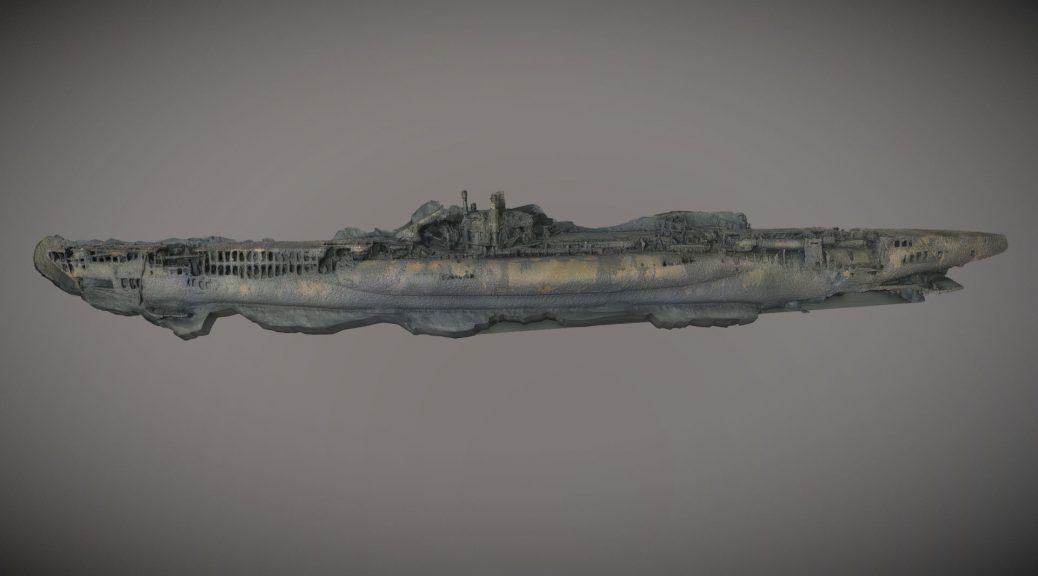 The VIIC class uboot U-580 sank on November 11, 1941 in the Baltic Sea off Memel after a collision with the German target ship ANGELBURG. The boat was still in training when it was sunk in the collision with the German target ship They had a displacement of 1,050 tons, a top speed of 17.6 knots (7.6 knots underwater) and a range of up to 12,000 kilometers. The boats carried 14 torpedoes and had a crew of up to 52 men on patrols

Oberleutnant Hans-Günther Kuhlmann was together with 43 marines, was on a training voyage in the Baltic Sea with his submarine U-580. The crew’s task was to simulate an attack on the target ship “Angelburg”, a former fruit carrier that was used as an auxiliary ship for the Navy’s submarine fleet. Not far from the port city of Memel, U-580 collided with the “Angelburg”. Twelve crew members were killed, 32 were able to save themselves, including Commander Kuhlmann.
Position: 55°45′ N – 20°40′ E

The submarine was hit be a ship. This area shows where the inner hull was damaged.