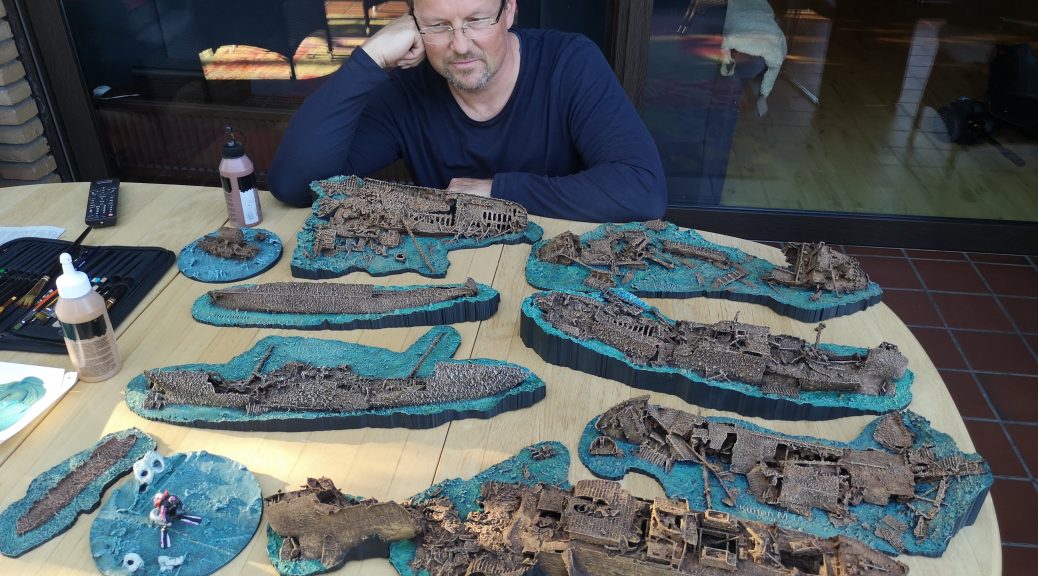 The red sea is full of wrecks. Some of them sunk due to war (Thistlegorm), but most of them just hit a reef in the Red Sea. Diving there is very easy and comfortable on a livaboard.

Probably the most popular diving spot in the world. The steam ship Thistlegorm in the Red Sea sunk 1941. She carried supplies for the British army: weapons, trucks, tanks, motorcycles and even two locomotives with trailers.
Continue here: Thistlegorm

1991 the ferry struck a reef in the Red Sea. The accident happened at night and the ferry sank very quickly. Only 200 people were able to save themselves. Officially, there was talk of around 700 victims, probably significantly more.
Continue here: Salem

The 99 meter cargo ship built in 1969 in Japan. She hit the reef at Shaab Abu Nuhas in 1983. The Giannis D is truly a ‘must see dive site’.
Continue here: Giannis D

You might know this 101 meters long wreck as ’tiles wreck’. It is full of tiles ‘Made in Italy’. She lies also on the Shaab Abu Nuhas reef.
Continue here: Chrisoula K

The Carnatic hit a reef in the Red Sea in 1869. She had sails and a steam machine. Length: 98m. The Wreck lies in 25m depth.
Continue here: Carnatic

The 80m long SS Dunraven was cargo ship sank in 1873 after hitting a reef. She lies at a depth of between 15 and 30 metres.
Continue here: Dunraven

Sunk in 1887 after hitting a reef. Cargo: Cables and mercury. She broke in two pieces and sunk some days later. Today the wreck lies between 5 and 28 meters.
Continue here: Ulysses

The 106m meters long ship ran aground in 1978 at the northeast corner of Shaab Abu Nuhas. She now lies 30 meters below the surface.
Continue here: Kimon M

Small and not spectacular. I captured it, just to keep my collection complete.
Continue here: Barge

Making of: 3D-Models of the Red Sea