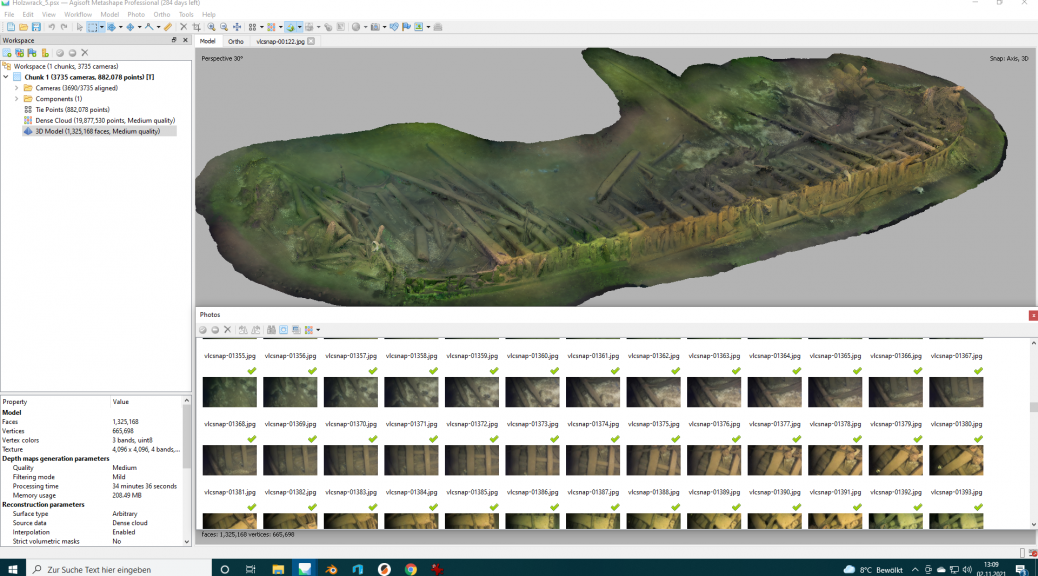 My first model of an entire wreck site.

June 21st 2021 we found a new wreck. Cpt. Linas from the Baltic Sear Heritage Rescue Project saw it on his sonar scan of NZ55 while we were on the way back from an other wreck. We decided to dive there and look what we would find. Indeed there was a nice wooden wreck of around 32m length. It looks like the cargo was wood. It is still not identified.