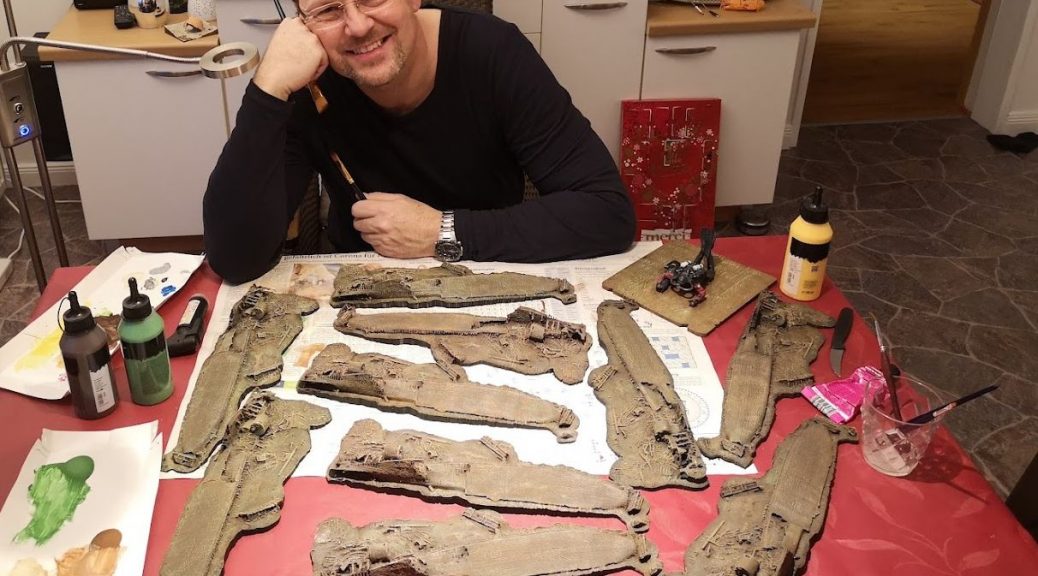 I made some Christmas presents for my friends from the ‘Gezeitentaucher’ team.
It is a 3D Model of wreck of SS ELSA that we found 2007 in the North sea close to the German island Norderney. It took 10 years to identify it. This year we were able to scan it for 3D in only one dive.

Year of construction: 1917
Sunk: 1932
Cause: storm
We discovered this wreck in 2007 and have already dived many times. After seminars in underwater archeology, we had the necessary tools and were able to clearly identify them.
Here the survey report WrackX
Webseite: WrackX