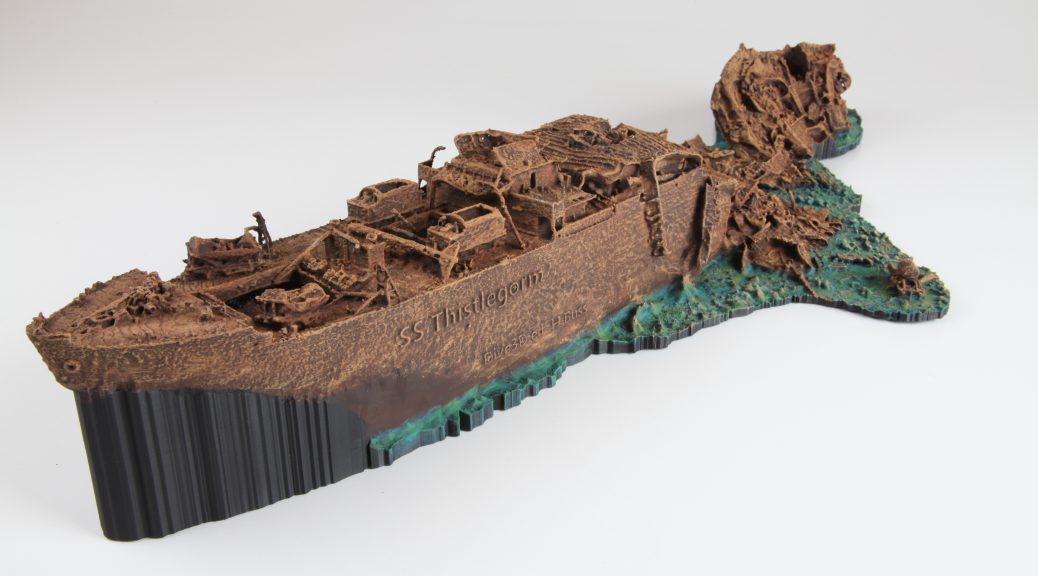 The steam ship Thistlegorm in the Red Sea sunk 1941.

She carried supplies for the British army: weapons, trucks, tanks, motorcycles and even two locomotives with trailers.
Without a doubt, it is one of the most attractive diving spots in the world and has become a must for wreck lovers. Propably no other wreck is visited by so many divers. And probably no other has been photographed so often and is so well documented. The dive takes place in sports depths of approx. 15-25m and the spectacular Cargo holds are easily accessible. A dive destination that should not be missing in any logbook.

My wife and I captured this 126m long wreck on April 2nd 2022 on a Livaboard vacation. Actually the visibility wasn’t too good and there was quite a lot current. That was the reason why we missed one locomotive on the sand on starboard side. And we couldn’t capture the hull of the bow section to the ground. Anyway, I think the result is really nice.

Build your own Thistlegorm!

You want your own model? Just use my files from the Download page!

Locomotive at the Thistlegorm

This is the remaining part of one of two locomotives at the famous wreck of the Thistlegorn. Locomotive ‘Stanier 8F’ models, constructed by inventor Sir William Stanier in 1933.